Wale Ogunrinde, the Director General of NECA urged the FG to reassess its monetary policies in light of the diverse challenges facing the country.

NECA opined that there should be a deliberate alignment between monetary and fiscal policies to troll down the contradictory tendencies. Wale Ogunrinde opines that despite the policies implemented by the monetary authorities in the previous months, it only had little impact because there was inconsistency in the policy and there was a lack of effective consultation during the enactment of the policy.

He continued by saying, the authority should do well to reassess each monetary and fiscal policy to measure how relevant they are in the coming years. Effectiveness shouldn’t be thrown into the mud, this should also be considered when a re-appraisal is made.

An intentional move should be made when analysing economic policies. NECA Director General says economic policies should be institutionalised with OPSN (Organized private sector of Nigeria). Despite the strategies employed by the Central Bank of Nigeria to drive the economy further, no positive results are seen in increasing the progression of the FX.

NECA Director General says the policies should be aligned

NECA Director General urged the federal government to make the institution (OSPN) viable for the implementation and allocation process to push its credibility forward. With this, a push in effectiveness will be evident.

The Nigerian economy is collapsing and it seems the CBN can’t do anything about it. It is seen that they are trying their best to boost the economy but all their efforts are soiled because of the conflicting policy.
Fiscal and monetary policies shouldn’t be in conflict but should enhance each other’s effectiveness. If an institution is created for the evaluation of economic policy, it will be of great effect. Nigerian money should lose its value if proper evaluations are put in place.

In the light of the economic situation facing the country presently, all policies are duly checked and amended if needed. Changes should be made proportionally, avoiding a total bias in the system will further help the economy to move forward.

Policies are one thing that can shape a country, if policies to govern are not made, then a fuel of trash will be bundled out. The Nigerian economy falls because of so many things. Within the country, there is a hike in almost everything in the market, not because the federal government did not want to do anything about it but the failure of the system. The system should be reshaped and amended so that the Nigerian economy can move forward.

The first quarter of 2022, opens another page to the Nigerian economy fall. The system has practically failed the economy but if policies are evaluated through the appropriate body then a fair amendment and change will be made.

Wale Ogundare the Director General of NECA urged the federal government to reassess Nigeria’s fiscal and monetary policies. He says this because he sees that they are in a conflicting interest which can not help the economy.

The central bank of Nigeria (CBN) has made a lot of efforts to push the economy forward but all was to no avail. If an institution is allowed to evaluate the monetary policy then the credibility and effectiveness of the institution will be ensured.

The hike of things in the market and the downfall Of the Nigerian country hold so much on its current monetary policy. Amendment and a complete change should be made to Nigerian fiscal and monetary policy. It is high time the country step up their game by pushing the economy forward as fast as it can. Without proper cognizance of this, the country moving forward will be made almost impossible. 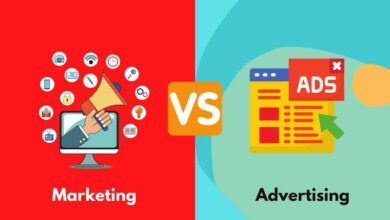 What is the difference between marketing and advertising

Notore Chemical Industry Plc has recorded a group revenue of 26.28 billion naira at the close of June 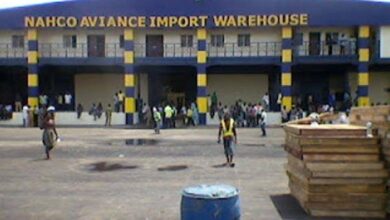 NACHO sees a high turnover compared to the 2020 financial performance