Manchester United stunned the football world by dominating Liverpool to claim their first Premier League victory of the season, just nine days after losing 4-0 to Brentford. Although Cristiano Ronaldo was notably absent, Manchester United outran and outthought their archrivals right from the start.

Liverpool was looking for a third consecutive league victory at Old Trafford, but their defence was regularly torn apart. Virgil van Dijk and Joe Gomez struggled to keep up with Manchester United, who took the lead after 16 minutes due to a beautiful finish from Sancho.

Rashford scored his second goal after being passed clean, but the Stretford End had to wait until a VAR review was complete before they could completely rejoice. Liverpool had an opportunity to tie the score and set a thrilling conclusion after Mohamed Salah’s goal, but they weren’t able to do so due to their injury woes.

Manchester United was expecting a response, and they undoubtedly delivered one. There was enough in this performance at the end of the first half, regardless of the final score, for the fans to connect again. However, the hosts kept playing aggressively and hammered home their advantage. It is difficult to imagine how this team lost 4-0 at Brentford given the confidence they played with.

This conveys a strong message about how hard work and mastering the fundamentals can help you reach your goals. United set to work immediately away, putting their opponents on the defensive and launching challenges while looking like a team ready for another challenge from the start. This demonstrated the players’ tenacity, although they had long been criticized for their attitudes rather than their talent levels. Consistently producing it as the present challenge.

Liverpool’s unfavourable propensity for recovering from deficits was heavily criticized. It is not ideal, but it has only sometimes been a problem. Aston Villa, Tottenham, and Wolves were among the opponents the Reds had lost to in their previous six matches dating back to last season. 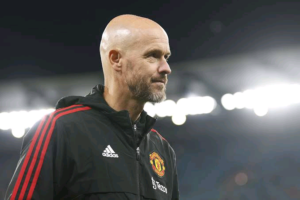 Sancho’s goal makes it seven straight league games that Klopp’s team has trailed 1-0. This season, they have conceded against Fulham and Crystal Palace. Certainly, something that needs to be addressed and is no longer a bothersome statistic.

With each game that goes by, it seems as though the decision not to add a midfielder was a mistake, especially given how old their main players in that position still appear to be. With Joel Matip’s injury and other defensive injuries, they can be exploited defensively even though Virgil van Dijk is far from playing at his peak. As a result, their high line is constantly being exposed.