Jamie Carragher says the European Super League is “merely in slumber.” After Chelsea’s chairman, Todd Boehly recommended some severe changes to English football’s structure.  In May, a group led by US entrepreneur Todd Boehly completed the purchase of the Blues, and he has since established his influence by firing manager Thomas Tuchel and spending more than £250 million on summer signings.

The Premier League may take a “lesson” from US sports by implementing an all-star game and relegation competition, according to Boehly, who made a claim in midweek. If put into practice, these suggestions would drastically alter how English football is played.

At the end of the day, Boehly stated that he hopes that the Premier League learns a little bit from American sports and starts to see why they wouldn’t organize a tournament with the worst four teams. Why isn’t an all-star game held?

He continued that the pyramid is being discussed about greater funding and they generated $200 million from a Monday and a Tuesday thanks to the all-star game in Los Angeles this year. He also stated that the Premier League’s North vs. South All-Star Game could easily raise the money required to support the pyramid. 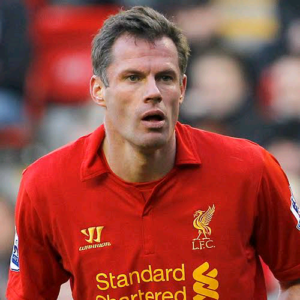 The former Liverpool player Jamie Carragher believes Boehly’s remarks are an indication that the idea of a European Super League may be reintroduced in the future. Due to a significant response, the contentious competition notably ended days after it was introduced in April 2021.

The European Super League advocated doing away with the 130-year-old promotion system in favour of having 12 of the biggest clubs on the continent, including six from England, compete in a 20-club league that they could not be demoted from.

Fans, writers, broadcasters, athletes, and managers all spoke out against the concept. In other words, it was largely opposed by those involved in English football. Additionally, the Premier League owners involved in the scheme suffered a decline in popularity. The Chelsea chair should take Jamie Carragher’s comparison of the European Super League and Boehly’s remarks seriously. If he keeps putting up progressive ideas, his tenure as Premier League president might be limited.

Jamie Carragher opined in The Telegraph that Boehly’s comments from midweek disturbed him most because they confirmed such cynicism and businessmen like Boehly are waiting to grasp the next opportunity to shape their game into an ill-fitting vision.

Jamie Carragher continued that the arrogant manner in which they were spoken was what truly irritated him and the fact that Boehly is willing to speak now and think afterwards must frighten Chelsea supporters. He continued to say that Boehly either ignored advice about how such statements would be taken or, worse yet, Boehly chose not to listen to it.