Cristiano Ronaldo and Harry Maguire are expected to be returned to Manchester United’s starting lineup on Thursday. On Thursday night, Manchester United will face Real Sociedad in the opening match of their Europa League campaign and Erik ten Hag will be seeking to lead his team to a sixth consecutive victory overall.

Cristiano Ronaldo And Harry Maguire To play in the Europa League

Cristiano Ronaldo and Harry Maguire have not played for United since a 4-0 thrashing at Brentford on August 13. United have won four straight games to climb up to fifth in the Premier League, but manager Erik ten Hag is ready to shake things up for tomorrow’s Europa League visit from Real Sociedad.

Ten Hag is poised to start Cristiano Ronaldo and Harry Maguire, as well as Victor Lindelof and Luke Shaw, as he rotates his team and offers players much-needed playing time. Ten Hag wishes to rest players such as Lisandro Martinez, Raphael Varane, and Tyrell Malacia before Manchester United’s Premier League match against Crystal Palace on Sunday.

Fred and Anthony Elanga are expected to be recalled, and new £70 million acquisition Casemiro is expected to start with Brazilian teammate Antony, who scored on his debut in Sunday’s 3-1 victory over Arsenal.
Due to the mid-season break for the World Cup in November and December, Ten Hag understands the value of a large squad and rotating his people with the number of games squeezed into a shorter calendar. 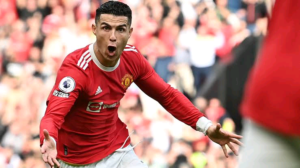 To prevent players from burning out, the Manchester United manager, Eric Ten Hag has emphasized the importance of a team where everyone contributes. The Dutchman is likely to utilize different players in the Premier League and Europa League. Antony, who went on strike at Ajax to push through his transfer to United, is one player who is likely to keep his spot tomorrow given that the Arsenal game was his first in three weeks.

According to his goal-scoring debut, Antony said that he aimed to score his first goal and share the moment with the crowd, in such a tremendous environment and it was brilliant. Antony said that he experienced shivers as soon as he stepped onto the playing field because he knew how much his fans and he both wanted to be there. He continued that he felt all he had to say when he saw the ball go in and the net tremble and it gave him goosebumps.