Being exposed to asbestos can cause a good number of diseases like asbestosis, cancer of the lungs, mesothelioma, and others. Asbestos-causing diseases are many but highly preventable. The unfortunate thing is that it takes a very long time for symptoms to manifest. Any disease caused by exposure to asbestos will take a minimum of 10 years and more to show symptoms after being exposed.

So it remains a disease which can be termed a “slow killer” and it killed millions of people in their 60s and 70s. However, some people still doubt its existence as they believe some asbestos diseases are caused by the accumulation of bad foods in the body.

How You Can Become Exposed To Asbestos

You become exposed to asbestos when things like asbestos fibre and other related materials give out fibrous dust and it is released into the air. This harmful dust can last a very long time in the air till it is either inhaled or ingested unknowingly by humans.

In a crowded and busy location, it will take up to 2 days for the dust to settle on the ground completely, but if it is disturbed, it will rise up again, finding its way into the air. This is a result of its light body and because of its dust-like nature.

Most cases of exposure to asbestos are caused as a result of people’s jobs. Workers like builders, civil engineers, carpenters, tilers, or factory workers are often posed with the risk of being exposed to asbestos. Some other ways to become exposed to asbestos include consumption or use of some domestic or industrial products.

Some people believe that when they get exposed to chemicals like pesticides and fall sick, they are actually suffering from asbestos diseases and that it gets accumulated in the body just like other toxic chemicals and afterwards begins to show its negative effects, but these statements are actually far from the truth. Exposure to asbestos would do you little or no harm immediately; it takes a very long time for its symptoms to show. If you’ve been exposed to asbestos fibrous dust and you get ill in a few months’ time, that’s no asbestos disease, even if symptoms are synonymous. 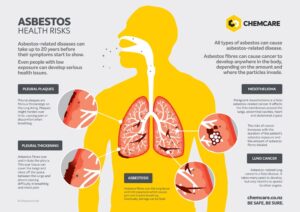 So it’s very pertinent to be very careful so as to not get exposed to it all. The diseases associated with asbestos have killed thousands in the United States and still killing. That’s why the United States government has been putting laws against the use of asbestos. Asbestos fibre can penetrate the body in two ways: inhalation and swallowing.

Inhalation: Normally, asbestos fibres are in the form of dust. The fibre can become airborne and may be inhaled as bad air.

Swallowing: It can enter uncovered or contaminated food.  Such foods when taken indirectly aid it in penetrating the body.

Risk of Being Exposed to Asbestos

The risks that come with exposure to asbestos are many. If asbestos enters the body either through inhalation or swallowing, it may get stuck in the body’s respiratory system. Though the liver may help remove some of these toxic fibres from one’s body, unfortunately, this does not in any way guarantee your safety as some might get stuck in there permanently.

Long-term exposure to asbestos fibre can get lots of these toxic fibres trapped in the body, thereby causing DNA damage and promoting inflammation, which over time may lead to different asbestos cancers. Scientifically, asbestos exposure can cause four different types of cancer and many other benign asbestos-related illnesses.

There are four asbestos-causing cancers proven by medical experts, which are mesothelioma, lung cancer, ovarian cancer, and laryngeal cancer.

However, there are other cancer diseases like colon cancer, breast cancer, pharynx cancer, and kidney cancer that can be caused by exposure to asbestos fibre too. But unfortunately, there are rare cases of such being caused by asbestos. Plus, it’s yet to be fully confirmed and proven by the world’s international cancer body, the International Agency for Research On Cancer (IARC).

Read Also>> 5 hygiene products examples that you want to know

Mesothelioma is the most common asbestos disease. When one is exposed to asbestos fibres over time, some of these fibres get trapped in the mesothelium, thereby causing a lot of damage to the abdomen and lungs. And if these two organs in your body get damaged or almost damaged, you may be diagnosed with mesothelioma cancer.

Long-time exposure to asbestos may damage your lungs since inhalation has to do with the working of the human lungs. Also, smoking can also aid the asbestos fibres trapped in your lungs to quickly damage the lungs. Though it may take some time for symptoms to appear, lung cancer can be diagnosed in as little as ten years.

When asbestos gets into your body, it can be transported to your reproductive organs through the blood. This may cause damage to the ovaries. Though this information is yet to be fully proven by the International Agency for Research On Cancer(IARC), there have been only a few cases of ovarian cancer caused by exposure to asbestos.

Asbestos fibre was confirmed to be one of the major causes of laryngeal cancer in 2006. Actually, when you inhale the toxic fibre, it passes through the lungs, which is connected to the larynx somehow. Some small portion of the fibre might get into the larynx, which in turn can damage the voice box and cause cancer of the larynx.
Benign Asbestos Diseases

Symptoms associated with asbestos diseases are many and related to different types of asbestos-causing cancer.
However, getting any of these symptoms does not necessarily translate to you having cancer or other benign asbestos illnesses. So it is advisable that you seek a medical diagnosis first before concluding. Although some benign illnesses can actually translate to signs of malignant ones.

Factors That Influence the Risk of Asbestos-Related Diseases

There are some factors that help or reduce your risk of developing asbestos-related diseases. 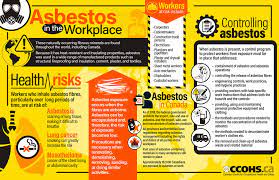 How Do I Prevent Exposure?

That’s the main point here. How do we avoid getting intoxicated by fibre that poses us the risk of several health problems? At some point in time, every one of us has been exposed to asbestos, perhaps in the past, present, or maybe in the near future. It can be found on land, in the air, and in the water. Whichever place you might have been exposed to it. As long as it’s not a long-term exposure, the chance of you getting an asbestos disease is relatively low.

Since the 1970s, the United States government has prohibited the use of asbestos in the manufacture of various products. Furthermore, mining and processing of it have been prohibited.
As long as your job has nothing to do with asbestos, your chances of getting exposed are slim. In addition, it takes a lot of years before you can even get sick of exposure. But still, avoid getting exposed at all costs.

Bottom Line
The risk associated with exposure to asbestos seems too lenient to some people due to the fact that it takes many years to get diagnosed with any asbestos-related illnesses. Cancer and lots of benign diseases are deadly. You should do all you can to avoid getting exposed.

Asbestos fibre is everywhere in our homes, schools, and offices, but does that translate to exposure? Of course not; the toxic fibre dust is only released into the atmosphere when anything made of it is destroyed. In this way, we might inhale it or it might enter our food or water. 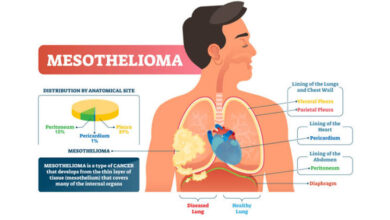 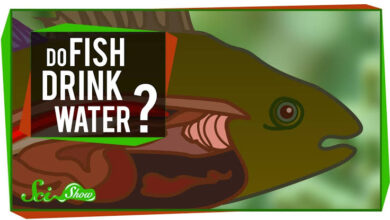 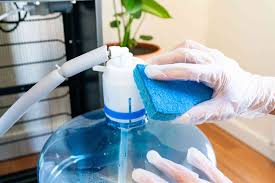 How to clean water dispenser 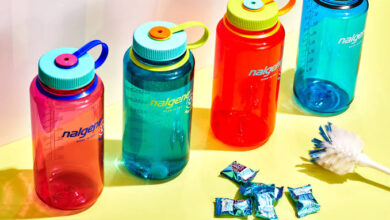 Step-by-step guide: how to clean a water bottle