According to Fabrizio Romano, there are reports that Manchester United’s Alex Telles is very close to completing a loan move from the club to Seville. Alex Telles was earmarked by United as being open to a move on loan, earlier in the window, and after interest from OGC Nice, Porto, and Sevilla, he will soon sign for the Spanish outfit (who also signed Anthony Martial on loan last season) on a season-long loan deal.

Manchester United started the transfer window with a plan to overhaul a bulk of their players, and bring in a number of players as well in solidarity with the new coach, Erik ten Hag.

They have released the likes of Paul Pogba, Edinson Cavani, Juan Mata, Nemanja Matic, and Jesse Lingard on free after their contracts came to a close, sold Andreas Perreira to Fulham for around £10 million while letting Dean Henderson and youngster Ethan Laird out on loan to English rivals, Nottingham Forest and Watford respectively. Alex Telles is now expected to join that list, before the end of Friday. 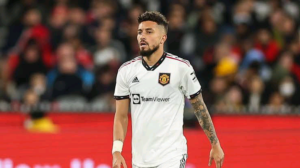 Alex Telles has had two underwhelming seasons at Manchester United, playing 47 games in all competitions, scoring just once and assisting 6. Telles has not lived up to the performances expected from him when United spent close to £20 million to get his services from FC Porto. He was brought in to challenge Luke Shaw, but instead, he has rather been relegated to the bench by Shaw.

Also, since the signing of Dutch left-back, Tyrell Malacia, the future of Alex Telles has always been in doubt. Telles was not been able to displace an injured Luke Shaw last season and secure his place as the first-choice left-back. And now, with Malacia’s arrival, it is going to be even harder for him to get game time. We even saw him get relegated to the centre-back position for most of his pre-season appearances. Malacia, on the other hand, has shown class that has made statements for him as a prospect that could gradually relegate Shaw to the bench and become United’s main left-back.

Based on the odds against them, a number of players, including Alex Telles, Brandon Williams, Phil Jones, Axel Tuanzebe, Aaron Wan-Bissaka, and others, have been put up for outright sale or loan moves. Alex Telles has found a suitor and agreed on a deal, he would be moving to Sevilla soon, for his medicals and subsequent announcement after signing his contract.

Manchester United would continue to gradually unburden the team of the ‘deadwood’, as the fans call them, lurking around, while looking to sign better players and rebuild a team that can challenge for trophies in England and Europe as well. 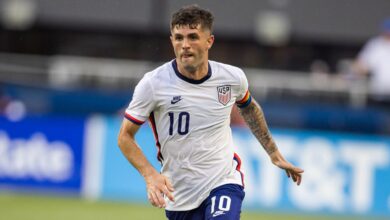